When seeking to employ a staff member for a project or management, or place a candidate within another company, National Talent Partners has come to recognize that conscientiousness is a key attribute & personality trait we look for. We recognize that out of the 5 personality traits psychologists have identified as essential in employee behavior conscientiousness is the one trait attributed to people that most often predicts success, regardless of their role or field of employment. It is worth noting that a great deal of respected research supports this.
A National Institute of Mental Health study found that conscientious men earn higher salaries. A study by The National Institute on Aging also found that conscientiousness is linked to income and job satisfaction. There are also studies that show that conscientiousness in the most important factor for finding and retaining employment.
Conscientiousness is the personality trait that leads to being organized, thorough, hardworking, persevering & wanting to achieve their personal best. Great attributes for employees
The other 4 highly recognized traits being
• agreeableness,
• extroversion,
• neuroticism &
• Openness
Personality traits can predict certain outcomes in the workplace; for example, a person who rates highly in extroversion would be more likely to be a great fit for sales which is generally highly social however, conscientiousness is a trait which leads to success in any role.
What do conscientious people look like?
Conscientious people have been negatively viewed at times in the media, however they are often better organized, tend to be responsible and often plan ahead. This often allows them to deal with challenges in a planned and controlled way that leads to an effective solution. They are known to work hard and can control their impulses which makes them stable and reliable.
From his studies in conscientiousness, Psychologist Brent Roberts says, “Highly conscientious employees do a series of things better than the rest of us.”
To start, they’re better at goals: setting them, working toward them, and persisting amid setbacks. If a super ambitious goal can’t be realized, they’ll switch to a more attainable one rather than getting discouraged and giving up. As a result, they tend to achieve goals that are consistent with what employers want.
Conscientious people also like to follow rules and norms. As a teacher in my past life I could always spot the conscientious student. They would bring the right materials to class, they sat in their chairs, in general they didn’t act rudely or act out, and most of all they completed work – all this combined to ensure that they achieved good grades and this attribute meant that they would continually succeed.
As an employer one of the first things we look for in interview is punctuality. If someone shows up on time, that’s a great clue toward conscientiousness, since a punctual person has to be organized enough — and care enough — to arrive on time.
The bigger, and less visible, indicator is how people deal with setbacks. Do they give up or redouble their efforts?
“The conscientious person is going to have a plan,” Roberts says. “Even if there is a failure, they’re going to have a plan to deal with that failure.” This capacity to plan ahead allows them to
In our business and in recruiting for other businesses conscientiousness is one of the traits that we believe is an essential trait for successful employment. The ability to have a plan, setting achievable goals, being prepared and being on time, allows the conscientious employee to achieve successful outcomes in whatever field they operate and the company who have such staff benefit from improved work performance. 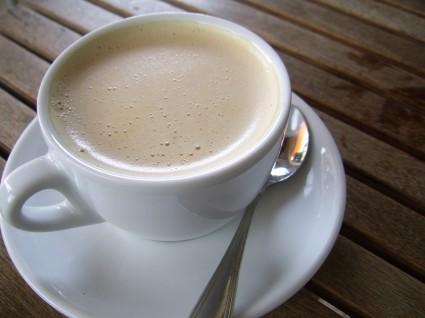 Being a long term coffee addict, I have been interested to see the brain science research that is coming out about the benefits of coffee. Not only am I less likely to get Alzheimer’s disease, but the antioxidants that coffee contains, are going to make me happier and my powers of concentration are improved.

A US study conducted by the National Institute of Health, found that those who drink four or more cups of coffee, were about 10 percent less likely to be depressed than those who had never indulged. According to their study it was not the caffeine, but rather the antioxidants that produced this affect.

Researchers at the Seoul National University examined the brains of rats who were stressed with sleep deprivation and discovered that those who were exposed to coffee aromas experienced changes in the brain proteins tied to sleep deprivation stress. This caused them to be less stressed. No wonder I love the smell of that freshly brewed coffee in the morning.

For me the most important effect of my favourite addiction, is that it improves my memory. If you are like me this needs all the improvement it can get. In 2012 the Daily Mirror reported on a study conducted by Lead researcher and assistant professor of psychological and brain sciences at Johns Hopkins University in Baltimore, Dr Michael Yassa, who said: “We’ve always known that caffeine has cognitive-enhancing effects, but its particular effects on strengthening memories and making them resistant to forgetting has never been examined in detail, in humans”. After conducting experiments on 100 volunteers they discovered that this research provides the first clear evidence that drinking 200mg of caffeine may help drinkers retain information for over 24 hours.

Harris Lieberman, a research psychologist at the Military Nutrition Division of the U.S. Army Research Institute of Environmental Medicine, after researching the effects of caffeine, suggests that it tends to energize people and help them focus on boring and repetitive tasks, even if when they are well rested.

Scientists at the Medical University in Innsbruck, Austria, found that men performed significantly better in short-term memory tests after being given a dose of caffeine equivalent to about two cups of coffee.

So what are the implications for the modern work force? Maybe good quality coffee should be mandatory in every work place. This information certainly has implications for training, and that is for all who want it, a good strong cup of coffee before a training session, is a great way to get your employees to retain more of the information provided.

Looking forward to having a coffee with you soon.